The fashion industry in Australia takes quite a unique form in comparison with that of other parts of the world. Many players in the Australian Fashion, Designer clothing and fashion events are rather in the small or medium business level as compared to most parts of the world. The shift from the typical large-scale fashion manufacturing to small and medium level businesses has improved creativity and innovations. Approximately 85% of the industry is in the small and medium size bracket.The shift has however led to the development of many fashion clusters across the main cities which has enable more designers to emerge and prosper. 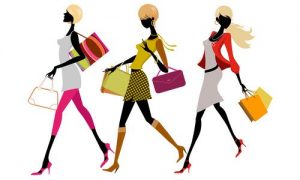 The fashion industry also stands out from the European or American style due to Australia’s Geographical location. The major trends feature designs that are rather considered “fusion fashion” which blends European and Asian styles giving birth to a style that is both stylish and wearable.
Primary challenge facing the industry

The biggest problem is brought about by the form in which the industry takes in Australia. Since a majority of the players in the Designer clothing field are in the small and middle-level business bracket these brackets are struggling with higher overhead costs such as rent. This is because most of this business lack sufficient resources and infrastructure.The industry has continued to operate under the same system which worked perfectly ten years ago but is now facing these difficulties. A good example is more retailers today demand payment terms of 90 days or more this means that the risk lies with the design since if the product does not sell then the retailer return them within the 90 days. The designer, on the other hand, faces the challenge of returning unsatisfactory goods to suppliers in different countries who operate under different business rules. This leaves the fashion designers bearing all the risks.

Attempts to overcome the challenge

As a result of this new challenge, many artists are taking various measures in an attempt to solve the problem. The concept of pop-up stores which encourage the consumer to buy on the spot is on the rise this reduces the risks involved with production without the assurance of market. This pop-up store operates on the principal of convincing customers to buy now before the product disappears.

The second concept is increased use of the online platform due to increasing in online shopping.Many designers have taken advantage of this platform as it allows the designers to be in control of their online supply chain.